Thunder, ramen and a swanky nightclub

Elliot has learned to say “thunder”, although he pronounces it “order”. And it’s a good word to know as it’s the rainy season here, where deep roaring thunderclaps seem a daily occurrence.

When it hasn’t been raining we’ve been walking with windmills. 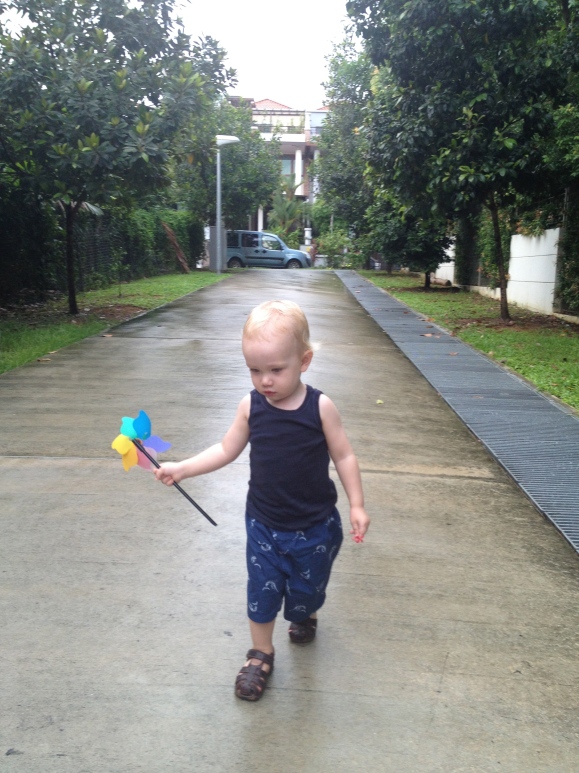 We’ve been walking with flowers. 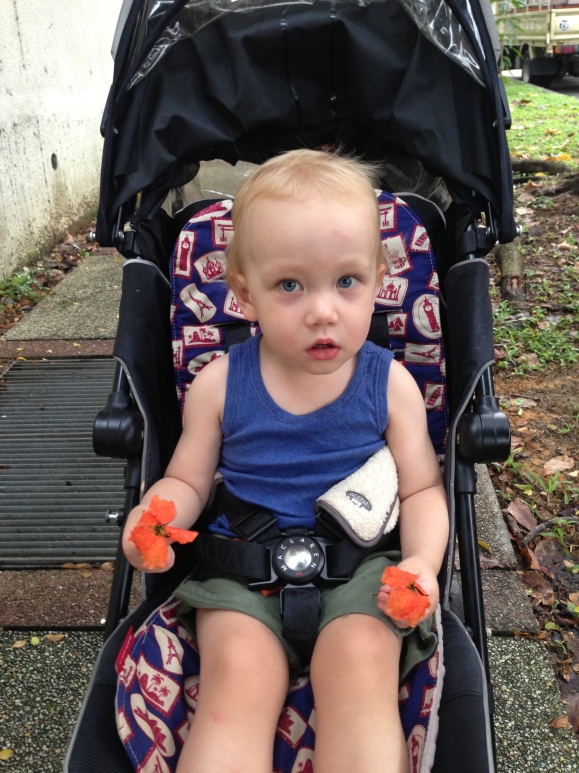 We’ve been driving cars with windmills. 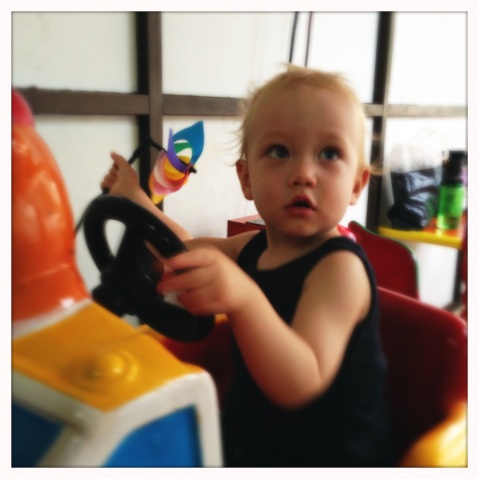 And someone has a new water bottle, allowing him to take a sip from it whenever he feels thirsty instead of having mummy hold a glass for him. He’s been taking a lot of sips. 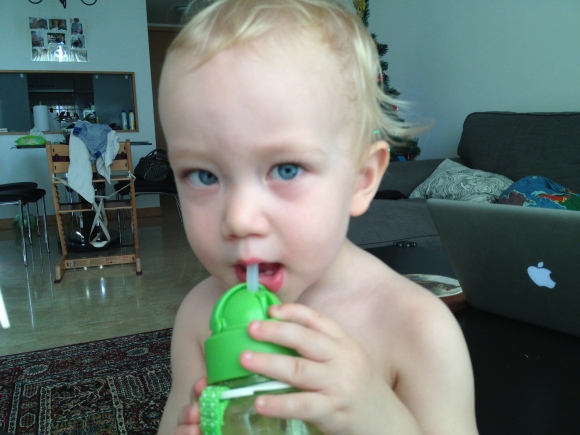 We have also been out for dinner a few times. We live in a very residential and not too expaty area with lots of HDB flats (government built high-rises) surrounding us. Singaporeans love their food and whole families will often go out for dinner in the evening, so you always find an outdoor hawker centre (or three) near the tall buildings.

Hawker centres typically consist of loads of plastic tables and different food stalls specialising in 1-3 dishes that they do very well. A separate stall sells drinks and then you just go order and grab a seat wherever you like. Such a convenient, laid-back and cheap (a dish is around 3 SGD) way to eat and very kiddie friendly as you’re seated outside = you’re allowed to throw the food around a little bit. 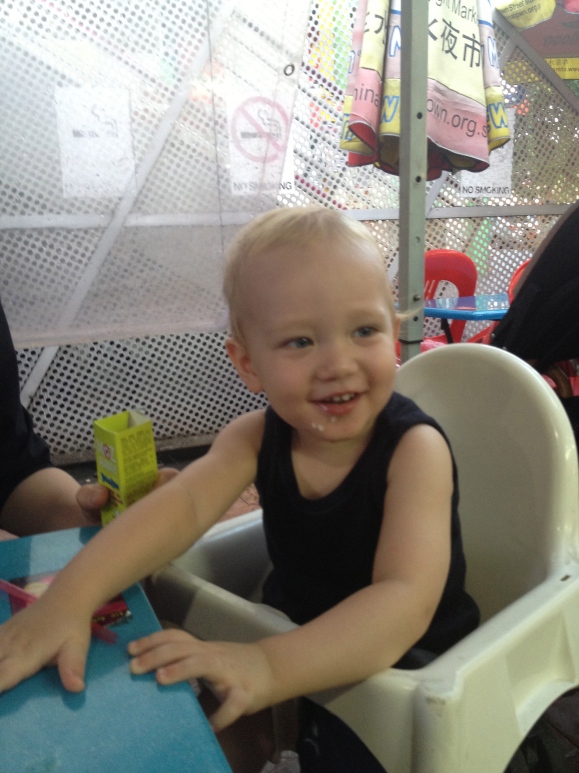 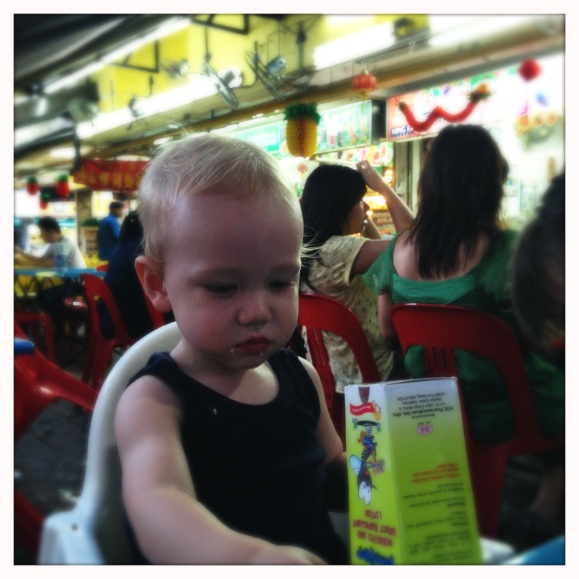 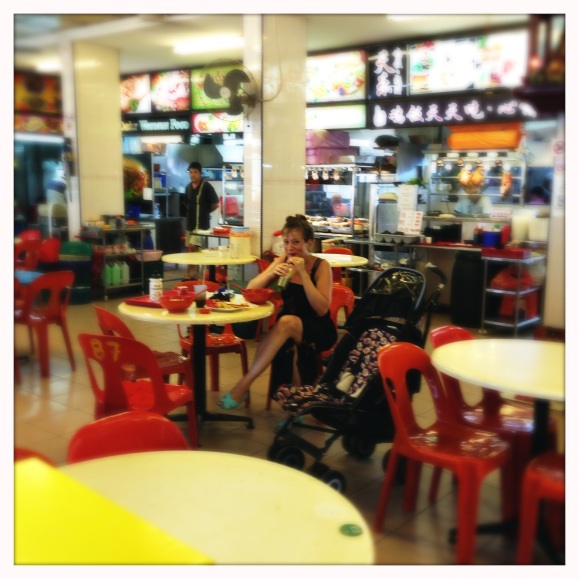 Speaking of food. Before coming here we had heard about how the locals travel to Changi airport to have dinner on weekends. I found that strange to say the least, because who in their right mind would choose to spend their day off in a soulless airport?!

Oh well, I’m slightly wiser now.. plus I have a toddler to entertain. In hot and humid Singapore it’s almost impossible to run around outside during the day and Changi Airport’s big open spaces and corridors have proven to be a great alternative to shopping malls and expensive indoor play lands.

What I sometimes do is hop on the train (we’re only 2 stops away from the aiport) around noon and while Elliot sleeps in his buggy I head for Terminal 3’s basement where the restaurants are. My favourite place is the Ramen Champion restaurant, hvor Japanese chefs compete to make the best noodle soup. I prefer the Tonkotsu ones, where the creamy milky white broth is made from pork marrow bones. So good. 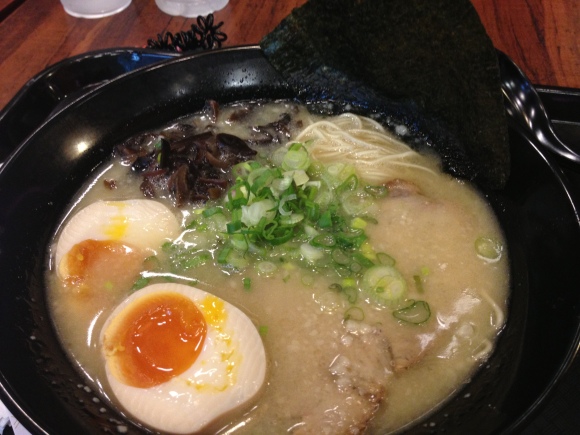 Afterwards we take the lift up to the departure lounges, complete with Angry Birds castles, flowers, huge hallways and Elliot’s absolute favourite: 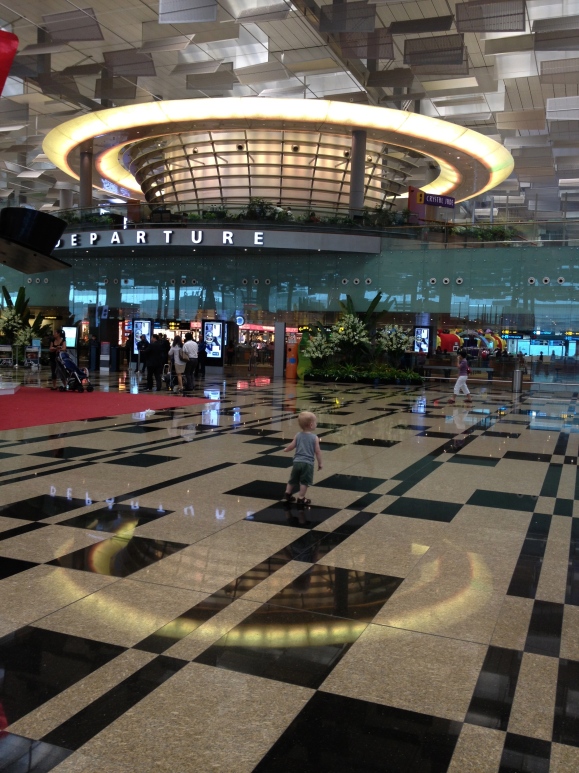 A gigantic rotating windmill/Daisy robot sculpture, made by German artist Christian Moeller. I don’t think I’ve ever seen him as excited about anything as this. 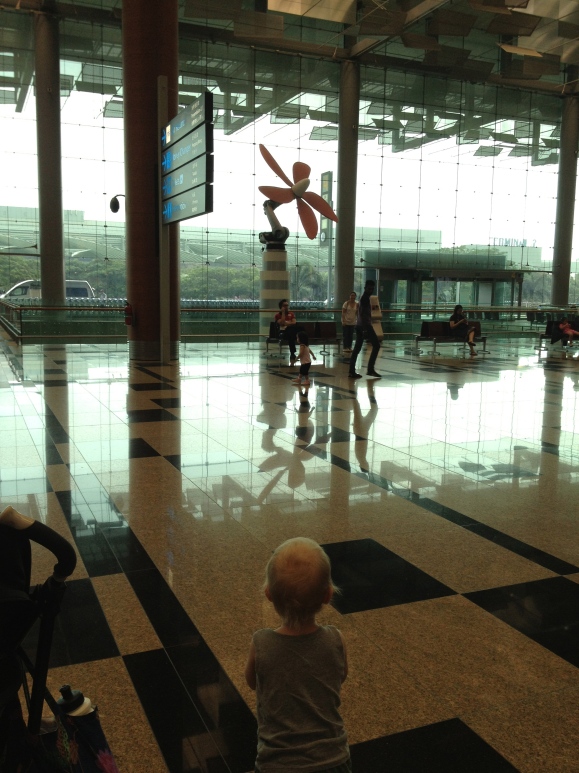 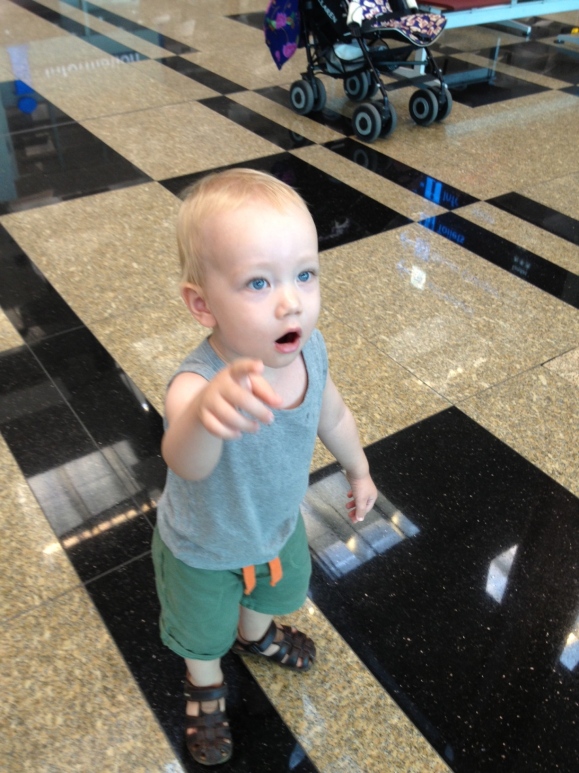 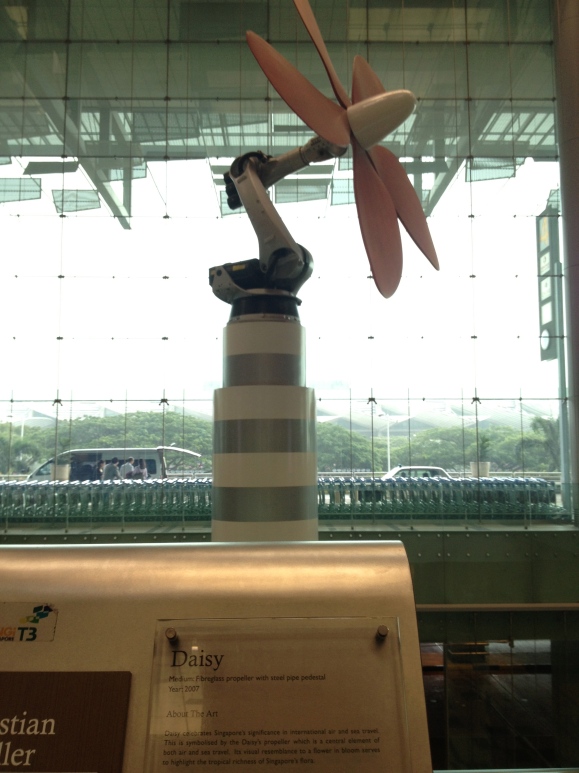 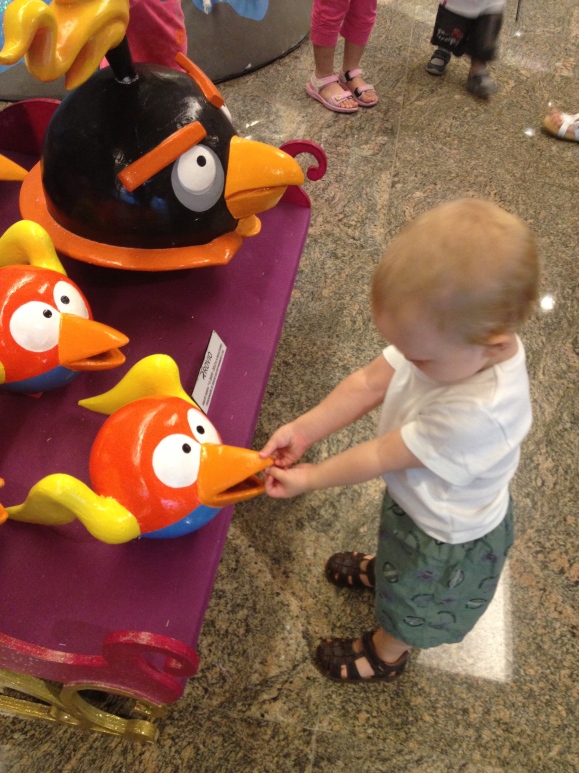 Elliot has also got a new hobby: drawing with crayons. Well, actually he draws for a minute or so and then forces me to draw flowers, dogs and windmills by handing me one crayon after another. He’s been creating masterpieces for the whole family. 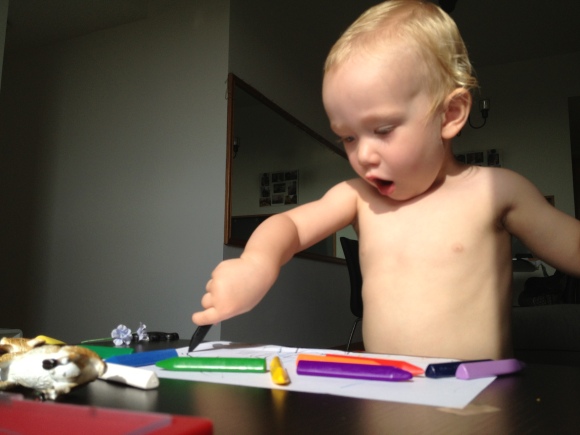 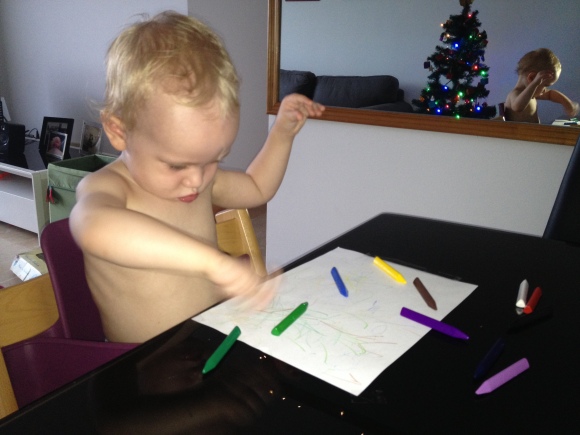 We have also managed to find a really great babysitter, so when the opportunity came to let our hair down a bit – in the shape of Sam’s work’s Christmas party  – we said yes and headed to swanky nightclub Avalon near Marina Bay Sands. 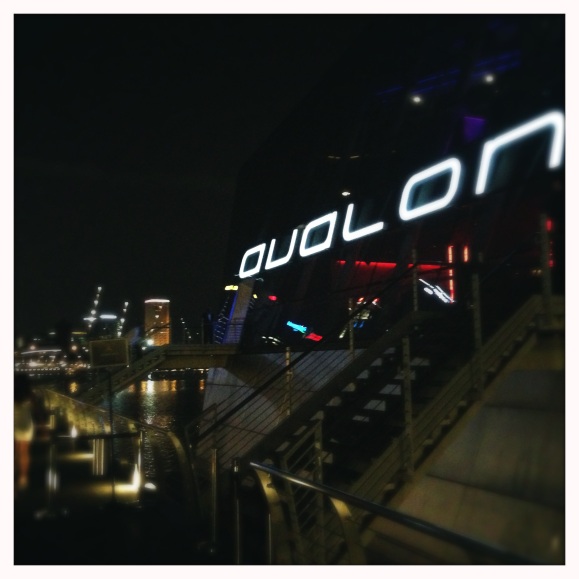 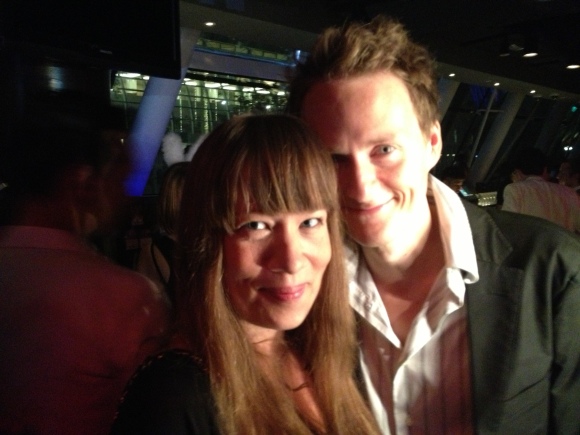 Not a place I would normally choose as it seems ridiculously overpriced and the bar staff acted as if they were “so above” serving drinks to anyone. But hey, this evening the G&T’s were free and the harbourfront location was just beautiful with its glittering view of Singapore’s skyline. Plus I got to wear funny glasses, courtesy of a friend. 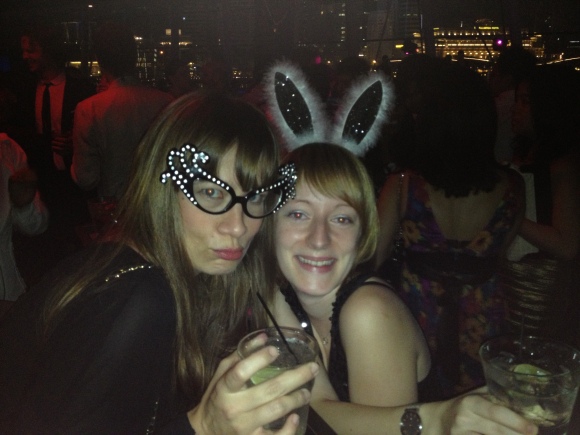 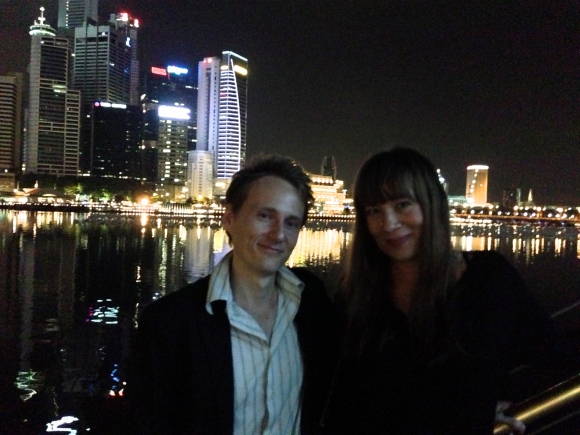 I have a feeling we might have to call the babysitter again soon!